By 2009, speed scanlators and new scanlation groups formed in the previous few years began to mature. While many speed groups and one-man efforts simply disappeared, many others consolidated into larger groups that emphasized quality over speed. The largest change has been the growth in the manga scene driven by direct download groups on their own blogs and websites, along with community driven efforts on forums or sites such as MangaHelpers. As public raws and translations became commonplace, new individual and small group efforts at scanlation also became commonplace and usually congregated around large community sites like MangaHelpers. Although not as big as the influx of speed scanlators from a few years ago, the emergence of these small "fast-food" groups provided scanlations that were to be read and deleted while fans waited for high-quality releases from larger groups. In essence, each generation is driven by changes in the mentality of scanlators, and the current generation represents the dramatic impact that sites like MangaHelpers and manga like those found in Shounen Jump have had on the development of the scanlation scene.

In the last ten years, the scanlation scene transitioned from small, localized translation efforts to large, organized group efforts in the early-2000s. The mid-2000s saw the rise of large scanlation release trackers and the influx of speed scanlators, eventually leading to the decline and splitting of big groups into smaller groups and individual efforts. Finally in the late-2000s the small groups began to consolidate into large groups of their own or congregated around community hubs and online reading sites, which in turn helped lower the barrier to entry for new individual and small group efforts.

While the third generation is driven largely by groups outside of IRC and community websites such as MangaHelpers and MangaUpdates with a focus on fast and efficient releases, this trend may represent one of the usual ebbs and flows in the general trends that drive scanlation.

As the scanlation scene approaches the end of its first decade and the dawn of the next, the overarching trend is a drive towards quicker scanlation of shounen manga, often without regard for quality, while other genres are largely neglected. Joint projects between groups are also on the rise, since many smaller groups often find themselves shorthanded. The old "group-centric" model practiced by the old guard has been mostly disregarded, and groups often have no problem with their scanners, translators, or editors working for other groups. The globalization of scanlation is also on the rise. As sites like MangaHelpers and MangaShare began hosting international scanlations, awareness of foreign scanlations grew, and communication with foreign scanlation sites and groups became easier. Some groups and sites, with the most recent example being MangaHelpers in late 2009, are also trying to reach out to the publishers to expand their operation.

However, this is just the overall trend. A closer look at the scene reveals that there is a counter-trend driven by IRC groups that have maintained their focus on quality and overlooked manga. Note that the third generation of IRC-based groups, led by groups such as A-team, DFCG, and Viscans, has not focused on Shounen Jump manga as the core groups of "Generation Jump" have.

Only time will tell how the scanlation scene will develop from here. While the Shounen Jump groups have succeeded in driving the community towards sites such as MangaHelpers, there is a distinct counter-trend that serves as the successor to the old guard groups on IRC. The groups representing the IRC counter-trend are currently driving their own movement that has diverged from and seeks a future that will likely not mirror the future of the Shounen Jump groups. Furthermore, the shoujo groups have chosen a third model of development that is more like a reversion to the older form of forum-based groups.

In the future, these trends may drive the manga scene into an even more disjointed and factionalized state with the three sets of groups organized distinctly and with little interaction. However, there is already evidence pointing to more interaction between the three communities as they seek to take advantage of advances the others develop.

What does the future hold for scanlation? No one really knows, but it is safe to say that scanlation will be around for years to come. 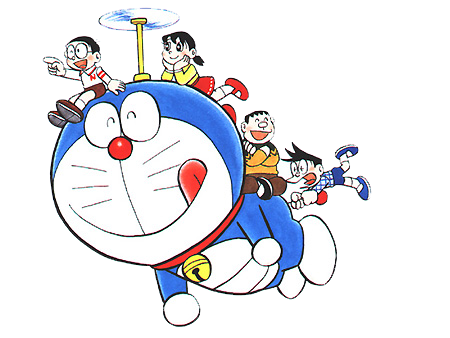