The changes in the manga scene from 2006 to 2009 have resulted in its growth from an average of 50 releases a day to almost 100 releases a day. However, the composition of these releases has changed dramatically. From the first generation through the second, shounen manga represented roughly 50% of the scanlations released, whereas shoujo and yaoi represented 40%. The remainder fell into genres such as hentai, yuri, and others. Over the past years, the emphasis has dramatically shifted to shounen manga due to an overall decline in the formation of new shoujo and yaoi groups. By 2009, shounen manga represented nearly 70–75% of overall scanlations released. 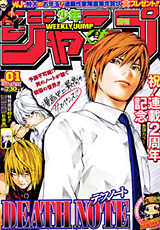 As we all know, nothing in this world stays the same, and something definitely changed in the scanlation world between late 2006 and early 2008. The structure and size of groups, the distribution methods used, and the frequency and quality of releases had all changed. It's probably no exaggeration to say that the very meaning of scanlation changed. Many of these changes may seem superficial, since only the changes in quality affect the releases themselves, but the focus of scanlators has dramatically changed as well.

Although many of the issues at stake are the same that were being debated in the second and even the first generation, like quality versus speed, big groups versus small groups, and whether or not to scanlate licensed series, the answers reached demonstrate that a paradigm shift has occurred. A new set of trends rose up that formed the core of perspectives in the third generation.

This new generation of scanlators and their fans can be called "Generation Jump," after the strong fixation on Shounen Jump manga that developed over the past few years and one of the overarching trends representing the third generation. Although Shounen Jump manga have always been popular in the scanlation world, never before have those releases been so central to the community as a whole. 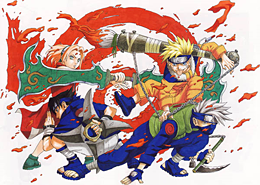 During the first and second generations, most of the Shounen Jump manga had the largest followings and a dedicated group or two focusing on their scanlation. But with the influx of new groups, many more groups focused on the Shounen Jump manga as the old guard retired or left those projects; this trend has accelerated as new manga have replaced older manga in Shounen Jump. This new approach to the scanlation of Naruto, Bleach, and One Piece embodies almost all of the traits found in the new generation: the dominance of shounen manga, multiple small groups working on the same series, weekly raws and speedscans, rampant scanlation of licensed series, and the rise of various download and online viewing sites.

Many factors led to this transformation of the scene. One of the most important was the success of anime and manga in the domestic market. By 2006, anime and manga weren't some exotic curiosity enjoyed by a few hardcore fans. As more people discovered manga, they looked up their favorite series online and found awaiting them a mature scanlation community and tons of free manga. Fueled by popular anime and manga like Naruto and One Piece, scanlation of shounen manga rapidly eclipsed other genres and accounted for most of the output of the scanlation scene.

The main driver of the growth of scanlation groups was the influx of new fans starting their own groups largely unassociated with existing ones. This represents a distinct shift from the previous generations which were built by an old guard of scanlators that organically grew the craft. Many groups were formed to scanlate projects already being worked on by older groups, usually due to dissatisfaction or conflict with those older groups. Some complained about the old groups' release speed, others were dissatisfied with the distribution methods, and some simply wanted to increase their download count or hone their translation skills.