The "Raw" and "Speed" Movement

Of course, an increase in the number of people alone wouldn't have resulted in such a drastic change in the scene. While the number of those who understood Japanese and those capable of editing or proofreading increased, scanlation would not be possible without scans of the original Japanese manga, or "raws." In the early days of scanlation, one of the reasons there was so little competition between groups working on the same manga was because most groups kept their raws private. The relative lack of raws limited the scanlation scene and prevented the kind of vast expansion that occurred in later years.

By 2006, manga raws became more readily available to the general public. There was the raw manga bot on Lurk, there were download sites such as RiTuaL ScaN ForGe (and its Raw Paradise) and torrents of raws of popular series, and there were also more English guides on how to use Japanese P2P software like Winny and Share. By 2008, many sites and online forums dedicated themselves to providing manga raws, like the Guill666 Raw Manga blog and the jCafe forum from Manga Underground. By 2008, any novice with a bit of Google skill could get his or her hands on raws of common manga series. 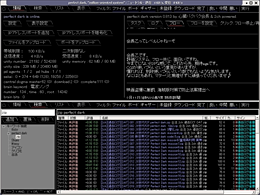 Before raws became a commodity in the community, fans were still able to get their hands on raws of some popular series, mostly chapters of popular shounen manga like Naruto and One Piece, which were often available within the series' fan communities. By late 2005, it had become a tradition that these raw chapters were uploaded every week, usually three or four days before the magazines containing the new chapters went on the newsstands. The "leaking" of raws soon spread to other series as well, most of which were shounen or seinen manga like Gantz and Negima. Although a 2007 arrest in Japan of three men for file-sharing manga on Winny led to a slowdown of these raws, by 2008 the raw community was back on its feet, with spoilers (usually in the form of camera pics or spoiler posts on 2ch) and leaks getting out earlier and earlier each week.

After the Naruto anime debuted on Toonami in 2005, NarutoFan and its forum became one of the biggest Naruto communities on the Internet, and most fans went to NarutoFan for weekly Naruto raws and scanlations. Sometimes the forum would go down because of the huge volume of traffic on "raw days," and other sites serving weekly raws and translations grew.

MangaHelpers was one of those sites. Created in 2005, MangaHelpers's original purpose was to provide weekly raws, translations, and scanlations to fans quickly and efficiently. Soon MangaHelpers became a gathering place where novice scanlators and small groups obtained raws and translations and released their own scanlations.

Although speed scanlators had been around as long as scanlation itself, the practice didn't become mainstream until around 2005. One of the first big speed scanlators was Null, created in 2002 to provide fast releases of One Piece scanlations. A few months after Null's founding, part of the group split off to form Inane, which became one of the only speed scanlators of Naruto for years to come. In 2005, when tension grew between Inane, among other scanlators, and NarutoFan (against NarutoFan's Tazmo in particular), the NarutoFan community formed their own Naruto speed group called Shannaro, breaking Inane's monopoly on Naruto speedscans. From that point onward, more and more groups appeared to scanlate Naruto, and in no time Naruto became one of the most scanlated series in all of scanlation. In 2006, it was common to see 10 or more groups scanlating the same chapter of Naruto. Speed scanlation groups for other popular weekly series like Bleach and One Piece soon followed. 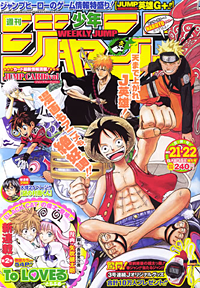 In 2006, with weekly raws surfacing on the Internet faster and faster, more and more small speed-oriented groups formed to scanlate these raws as soon as they were leaked. Fostered by the influx of new fans and hosting services as well as support provided by sites like MangaHelpers, these speedscan groups grew in number. When raws and translations from freelance translators became readily available on the Internet, the barrier for entry into the world of scanlation was lowered considerably, and small groups and individual speedscan efforts became commonplace.

It would be easy to understate the importance of the changes brought about by MangaHelpers. MangaHelpers became one of the main sites enabling and supporting the excessive scanlation of Shounen Jump manga by the many groups that arose with the help of the site's large community of raw providers, translators, and editors. The site's popularity has resulted in Friday becoming the most important release day of the week for scanlation. The race to scanlate Shounen Jump manga the fastest has resulted in skyrocketing release numbers on the weekends.

Because the first group to release a chapter usually receives many times more downloads than the next fastest group, most new groups focused on getting releases out the fastest, and quality was pushed to the side. Consequently, this new generation of groups was often looked down upon by older, more established groups. By the end of 2006, it was common to see multiple groups or translators working on the same series, when only a few years ago most series were scanlated by a single group each.

During a 2009 MangaHelpers interview, shounen scanlator Null had the following to say about speed groups:

What do you feel about multiple groups scanlating the same manga? e.g 5 seperate releases of Bleach and Naruto each week while other series go unscanlated.

It depends on their intentions: Why are they scanlating something they know is already being done? It's a waste of time to have 20 teams editing One Piece and Naruto. I can understand people can get bored of waiting for quality, but I just can't read those horrible scans that some team delivers just after the raws are up. And admitting there are people who want speedscans, *ONE* group is enough to do that job. Whereas we in Null try to launch new mangas but are often lacking staff to get things take off.

Sharing of staff still happened among groups. There were also many "freelance" and "star" translators like HisshouBuraiKen and cnet128 whose translations were used by multiple groups. With the increasing number of scanlation groups, competitions between groups became fiercer, and the previously tight-knit community became more fragmented and business-like.

As the number of speedscan groups increased, each group needed to deliver its releases to downloaders in the most simple and efficient way possible. The old IRC method was no longer adequate. Soon online reading sites and direct download sites became the community's main form of distribution.

« Generation Jump Up Changing of the Guard »