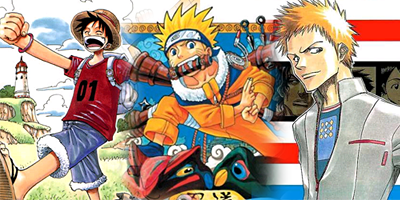 Speed scanlation is a practice that became popular in late-2005. Unlike regular scanlations, which works from high-quality Japanese tankoubon raws, speed scanlations use low-quality magazine scans and are generally released days, or even hours after raws become available. Unlike HQ scanlations, speed scanlations are produced by small teams, sometimes even one-person groups, working from magazine raws found on sites like MangaHelpers and P2P programs like Share and BitTorrent.

Speed scanlation is criticized by older groups for their low quality, but newer groups and fans defend speed scanlations by arguing that faster scanlation means the readers don't have to wait as long. Speed scanlation projects often start after a series becomes licensed and is dropped by one of the bigger groups, or when an established group's release becomes so slow that a speed group is created to bring more chapters to the impatient fans. Although it's not clear when speed scanlation first started, early speed scanlators include Null and Inane, which were some of the first groups to scanlate One Piece and Naruto. A common phenomenon that often accompanies speed scanlation is the occurrence of multiple groups' scanlating one series. The best example of such phenomenon comes from Naruto speed scanlation, which peaked in 2007 with over 13 different group scanlating the same chapter. Debate over speed scanlation has been going on for years, and by 2009, as older scanlators begin to retire from the scene, younger groups have come to accept speed scanlation as a regular part of scanlation.

Some of the first speed scanlations were scanlations of Naruto, and one of the earliest and most well-known Naruto scanlators is Inane. Inane was a child group of Null. In 2002, Null was founded to quickly scanlate One Piece chapters, which in a way makes the group one of the first speed group. A few months after Null formed, the group's Naruto division split off to join another group to form Inane. Since then, Inane has been known to provide weekly scanlation of Naruto (and Null became famous for One Piece scanlation).

In 2005, when tension grew between Inane (among other scanlators) and NarutoFan (against NarutoFan's Tazmo in particular), the NarutoFan community formed their own Naruto speed group called Shannaro, breaking Inane's monopoly on Naruto speedscan. Since then, more and more groups appeared to scanlate Naruto, and in no time Naruto became one of the most scanlated series in the community. Having lost its hold over Naruto scanlation, Inane soon lost its stamina, struggling through 2006 and finally disbanding in 2007.

Binktopia is a popular speed scanlator known for its work on Bleach and Naruto. Created as a forum of the same name by Binky in January of 2006, Binktopia soon teamed up with thatbabo and translator Mankai officially create its own scanlation group, which used the forum as its base of operation. Binktopia stayed relatively unknown for quite a while, but as word-of-mouth spread, Binktopia began to grow in popularity. A merger with online reading and download site MangaShare only helped to boost Binktopia's hold over the fans.

In 2008, Binktopia dropped Naruto soon after a dispute with fellow speed scanlator SleepyFans over its raw provider Manyou (a Chinese scanlation group), but picked up the series again in early 2009. Despite being a speed scanlator, Binktopia is often said to have superior quality compared to others in the speed scanlating scene. 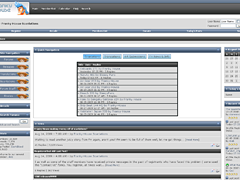 Franky House is a shounen speed scanlator founded by venicia777 and has been operating since as early as late 2006. The group originally focused on One Piece scanlation (hence its name, which is based on a location in One Piece), but later expanded to other popular shounen series.

Throughout its life, Franky House has encountered various roadblocks, such as being accused of stealing other's work and getting banned by MangaHelpers (the group later resolved the issue with MangaHelpers).

By mid-2009, with over 65 projects and 1,000 releases, and a HQ division, Franky House has become one of the biggest speed scanlators on the scene.

One of the biggest arguments against speed scanlators is their disregarding of quality in favor of speed. SleepyFans is infamous for its low-quality but extremely fast speed scanlation. Found in mid 2008 by gumjim, SleepyFans is a MangaHelpers-based group and a shining example of the new generation of small speed groups. Consisting of only one member (gumjim), SleepyFans uses translations provided by freelance translators on MangaHelpers and raws from Chinese scanlation groups. Despite having only three projects (Naruto, Bleach, and Bakuman), SleepyFans's scanlations usually appear hours after raws become available, making the group's work the first to reach the fans. As a result of SleepyFans's speed, the group's releases generally receive a large number of downloads, and are usually used by OneManga, one of the largest online reading sites in the community.