Direct download sites have always existed; sites like Tidwah and Squiggle-Manga have been around since 2004, and NarutoFan, one of the biggest Naruto download sites, was launched in 2003. StopTazmo, NarutoFan's "arch-nemesis," has also been operating since 2004. However, usage of direct download sites was low during the first and second generations of scanlation. Most groups protected their "work product" and wanted manga fans to come to their IRC channels or websites in order to get their scanlations.

Between 2006 and 2007, a new wave of direct download sites came into existence. These sites were popular among those new to scanlation because of how easy they made it to download scanlations. By 2007, some of the more popular download sites included Mangadownload, StopTazmo, and Manga Traders. While most download sites existed in harmony and maintained friendly relations, there have always been "battles" between download sites like NarutoFan and Bleach Exile, both of which charged a fee for manga downloads, and the rest of the community.

Another big change that took place in the scanlation scene in the late-2000s was the rise of online reading sites. Similar to online streaming video sites like YouTube, the existence of these online reading sites meant that users no longer had to download scanlations at all, but could instead read their favorite series online without having to worry about slow Internet connections or learning to use IRC. By 2008, some of the largest online reading sites included OneManga, Manga Fox, and MangaToshokan, while sites like MangaHelpers and MangaShare, which primarily offered downloads, began launching their own online readers as well. 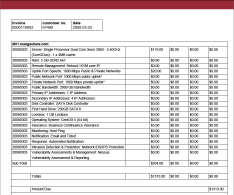 These sites usually received millions of visitors a day and ran on money made from advertisements or donations. Because fans could now read scanlations online without going to a group's website or IRC channel, many established groups, especially older groups, began seeing fewer and fewer people visiting their IRC channels and forums. As a result, opportunities to recruit new staff members became rare. As older staff members moved on with their lives, many older groups found themselves struggling to stay alive. Meanwhile, small speedscan groups, which were structured in a fundamentally different way than bigger groups, found the online reading sites to be a good venue to expand their popularity and influence. This led to its own problems, as pointed out by an interview with cnet128 from MangaHelpers in early 2008:

SleepyFans and OneManga have been pet hates of mine for a long while, for variants on the same reason. SleepyFans because they have a tendency to release before anyone else even has the RAWs; I'm not too fussed because they're not terrible quality, but it still bugs me. It would bug me a lot more if they did it on a series where I actually care about people using/reading my translations. And OneManga because thanks to their practice of uploading and keeping the first scanlation that comes out of any given chapter, they basically serve as an archive of all the worst scanlations available of a series. It annoys me, is all. With Lord knows how many people going there for their manga fix, you'd think they could at least try to provide quality material.

Prior to 2007, manga fans usually had to visit IRC or many group websites in order to obtain and read scanlations. By 2007, virtually all releases were available on readers and most were easily downloaded from aggregating sites such as MangaHelpers. This shift has further changed the impetus towards rapid release for Shounen Jump manga; groups openly compete to be the first to release.

However, part of the scanlation community still resided on IRC, which remained harder to navigate and made some groups harder to track for most outsiders. The Lurk network, an IRC manga archive started by VicariousLurker around 2005, became the largest manga IRC channel ever. By 2007, Lurk hosted one of the largest databases of scanlations available for download, with the number of people in its IRC channel rivaling that of the visitors to #MangaProject and #ShoujoMagic combined. When online reading sites grew popular in the late-2000s, however, the number of visitors to Lurk fell.

« Changing of the Guard Up Into The Future »