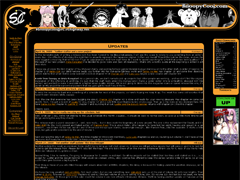 SnoopyCool is one of a few groups created before 2002 that are still operational in 2009. SnoopyCool has been a very popular group among fans throughout the years thanks to its work on popular shounen and seinen manga.

Created in January of 2000, the SnoopyCool website actually predates groups like Mangascans and Toriyama's World. However, at the time of creation, SnoopyCool wasn't a scanlation group, but instead a personal site for its founder, Snoopy. It later became a site that hosted anime like Dragon Ball Z, Flame of Recca and Kenshin for download. It wasn't until 2001 that SnoopyCool evolved into a scanlation group. From SnoopyCool's FAQ page:

History of SC? Is it worth talking about?

Not really. Started as a personal site for me, naturally evolved from that into an anime download site (I was into DragonBall at the time, but don't hate me for it, so were most of you), then we (or I guess it was just me back then... ) added the Flame of Recca manga to the downloads and things just skyrocketed from there. The actual manga group was born when we added the first Recca editor to the team (Two-Headed Pig was his nick), then we got Sekihoutai, our longest-running member and introduced Hajime no Ippo as the second group manga. And from there, we added Psychic Academy, Majin Devil, Greenwood. And eventually the site evolved from anime download/manga group into a purely manga group. And here we are, roughly 8 years as a manga group and still going strong.

By the time SnoopyCool started scanlating, MangaProject had already established itself as the dominant group in the scene, and groups like Toriyama's World were just gaining popularity.

At first, SnoopyCool did not interact with other groups much and stayed in isolation. One day, Omanga's Zyph reached out to the group and introduced Snoopy to the IRC community. Since then, SnoopyCool gained popularity and became one of the most talked-about groups in the scanlation community, often finding itself at the center of attention thanks to the various jokes, drama and fun stories generated by its staff and the community around it.

Some of SnoopyCool's most well-known projects include its first manga series, Flame of Recca, as well as longer projects like Hajime no Ippo and Houshin Engi. In the beginning, SnoopyCool would often pick up a project only to find out later that the project was already being scanlated by another group. Though some groups accused SnoopyCool of project poaching, usually the "poaching" was unintentional, and SnoopyCool and the opposing group would eventually make peace with each other.

SnoopyCool's forum was much more active than many other scanlation forums and had a much larger user base. Due to the great number of users, the forum often spawned interesting and long discussions. Some users hated the forum while others loved it for its unique culture. The forum community stayed active even when SnoopyCool went on an extended hiatus.

SnoopyCool is also infamous for its various deaths and rebirths, sometimes due to the "disappearing act" of its founder, Snoopy, and other times because of inadequate hosting. SnoopyCool has always hosted its own releases. When the group first became popular, the site's download section took up a huge chunk of the site's bandwidth (90% of the host's resources, according to Snoopy). SnoopyCool was then moved to ChamberGates, a popular host among scanlators at the time due to its nearly unlimited plan.

Of course, nothing good lasts forever, and as more groups started using ChamberGates to host their manga, the company eventually changed its policies. This forced many groups, including SnoopyCool, to look elsewhere for manga hosting. Later, SnoopyCool found a dedicated host for its manga archive but, after the cost became unmanageable, it began looking for a new home. Eventually, SnoopyCool found a fan who offered to host the group's manga archive. With the group's website on a shared host and the manga hosted by its fan, SnoopyCool's quest for a reliable host finally ended. 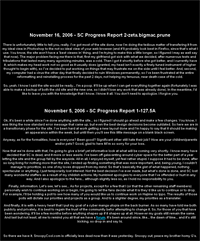 Aside from various hosting problems, SnoopyCool also experienced downtimes due to its founder taking temporary breaks, some of which lasted months, causing the rest of the staff to semi-disband. One of the longest hiatuses took place around the end of 2005 when the SnoopyCool website itself went down. During this time, many thought SnoopyCool had died, but the group and its website officially returned in late 2007. When the group came back, it had to adjust itself to the new scanlation scene, which had changed drastically during the 3 years that SnoopyCool was out of commission.

In 2009, SnoopyCool was still operational, though not as dominant or as efficient as it was before its lapse from 2005 to 2007. SnoopyCool still made numerous releases, although the group went on hiatus again because Snoopy began another "Internet break" in the spring of 2009.

Although SnoopyCool, like many other old groups from before 2002, is slowing down its operations in the new age of scanlation, it is still respected by many fans as a high quality group with an interesting lineup of manga. Being one of the few groups that have been around since the beginning, many today still look to SnoopyCool as an example of a successful and well-managed scanlation group.